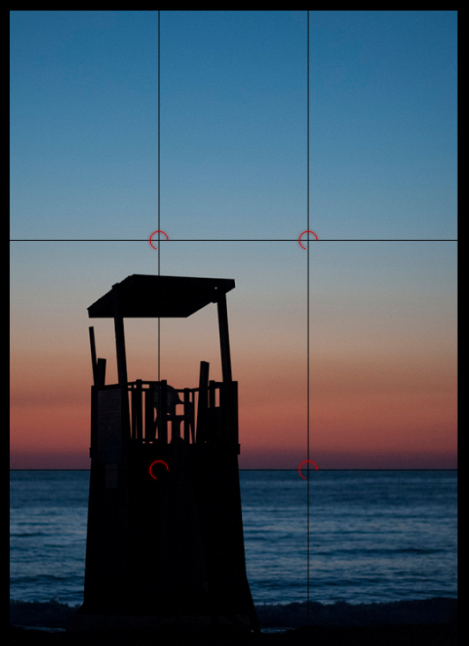 As well as being a keen photographer I’m also a bit of a geek. I work as a web developer but I’m lucky to actually enjoy my job and quite often use my skills to support my hobby.

A while back I was taking part in a photography course which was teaching the Rule of Thirds and the number of submissions from other students that failed to meet the brief was appalling … so I wrote a Chrome Extension to draw a simple 3×3 grid over the top of any images found on a web page.

This was well received by the group but much to my surprise it has gained a reasonable degree of popularity without any real promotion by myself. It varies a bit as people install and uninstall it but it is currently hovering around the 150 mark.

Oddly the circles at the intersections no longer render completely even though they used to (?) – I will get around to fixing this at some point.  I also intend to add an options page to configure the size of images targeted (it’s currently hard-coded to greater than 150px on the longest side) and also trying to work out how to hook into context menus to just work on a single image. Someday!!!

If you want to install the extension then head over to the Chrome Web Store.

Ivor is a keen amateur photographer. Having completed a project called 100 Strangers, Ivor now finds himself spending much of his time approaching people going about their daily lives to photograph them and find out a little about what makes them tick.
View all posts by Ivor Potter →
This entry was posted in Techie Stuff. Bookmark the permalink.